While exploring the mines of Velyria, players will encounter a multitude of different creatures. These are the monsters of Velyria, responsible for the destruction of the starship Destiny and the deaths of thousands of colonists.

In battle, there are up to three (3) spots available for monsters to occupy. The monsters filling these spaces will be determined using the Monster Stratigraphy Index (which floors the monsters appear on) and the size of the monsters (small, medium, or large). In a battle, there can be up to three small monsters, two medium monsters, or one large monster. There is also the possibility of meeting a configuration featuring one medium monster and one small monster.

The monsters of Project: Velyria can be grouped into four (4) different types:

Monsters in Project: Velyria are randomly assigned an intelligence classification when generated before a battle. Intelligence determines whether the monster will calculate its skills using its AI or randomly select a skill. There are three (3) levels of intelligence:

Each monster species has its own preferential attack pattern:

The above attack patterns can be over-written by specific monster skills or personalities. Each monster is given a randomly selected personality at the start of combat. This determines how the monsters react to the actions of its allies and the player.

There are five (5) personalities (more may be added in the future): 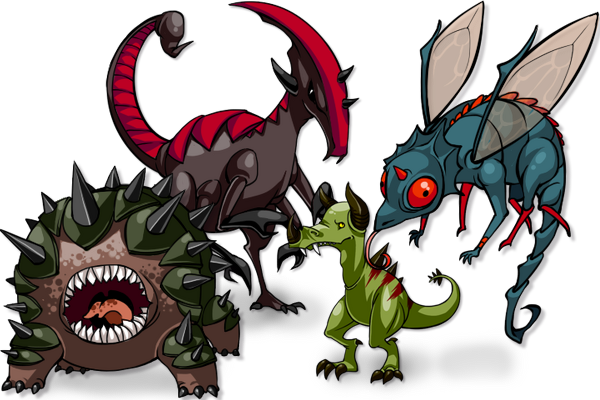